My Weight Loss Story. The whey I did it.

I was in bad shape. I had no energy, no drive and I was constantly coughing. I was sleepy, my mind seemed foggy, my back ached and my arms and legs would swell to the point where I couldn't bend my fingers or knees. 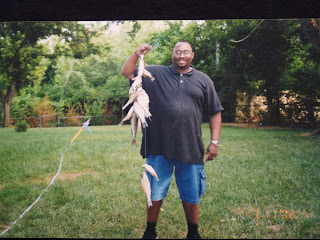 When I got laid off, I thought who would hire me. I look like I would die on the job. 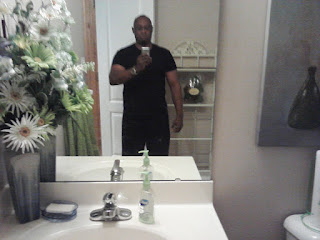 I decided to do whey shakes and low carb and it worked. I first combined the approach with walking then went to Kmart and put a weight bench in layaway. I really started making some gains in muscle, fatloss and confidence.

Thanks to craigslist I stepped up to olympic weights and a squat rack. I haven't looked back.

I had lots of protein shakes but primarily used: 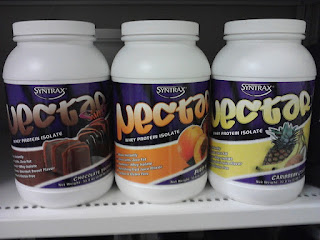 Here's some of numbers from my journey.


2/23/2010 – started working out left bicep and tricep on a second day to even out the size with the right arm.


Surprisingly, I was extremely sore after these workouts.


Note:  "After [a series of full-range reps] you'll find it impossible to do a complete repetition. But that does not mean the biceps muscle is completely exhausted. You'll find with some effort that you are still able to get a few half repetitions...and when you can no longer do the half movements, you'll find you can do a couple of quarter repetitions."


6/1/2010 – Adopted new workout philosophy.   From books Muscle Logic and Get Huge in a Hurry.  Morning cardio on empty stomach.


I am able to button my USAF BDU pants again.


6/14/2011 – able to fit size 34 waist pants, down from 46 inch pants size.
Some of the numbers and dates don't seem to jive for me but I put them in here as logged them in my journal.
I stopped typing in my journal here. I need to update it so I can update you.

Got Questions or Comments About Muscle Building...Email Me

Want a clean energy preworkout that gives you a kick start on muscle building? ON Amino Energy is for you. The taste of the fruit punch was great. The energy supplied was great without jitters and the subsequent crash. It's a simple formula of amino acids and energy components.

The science behind the formulation is solid as usual. Here are a few of the benefits of each amino acid. This list is no where near complete.

Unless you're made of money I would stick with pre-workout and Optimum Nutrition Gold Standard 100% Whey. 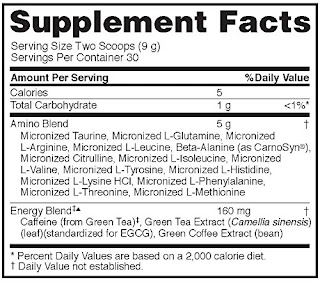 
Adenosine triphosphate is a major energy source for every cell in the body. Taking the supplemental form increases blood levels of ATP, which in turn increases blood flow to muscles. ATP also has been reported to reduce fat storage, burn stored fat and increase one-rep max after just 14 days.

The recommended dosage is typically 125-250mg twice daily on an empty stomach.


I found another interesting product on Amazon.com by I found is a powder called BioEnergy Ribose with Peak ATP 309 gms by Progressive Labs. This product contains another "old man" favorite of mine D-Ribose (more on this later). It's expensive but speaking from experience the combo of D-Ribose and Peak ATP is a energy bomb! I weight trained and did cardio all on the same morning only stopping to go to work.

The D-Ribose products I've tried in the past were by Now Foods and Jarrow.

Leucine is King: (Part 3) How Do You Get the Amount You Need? Whey Plus Leucine

Focus on getting 2.5 to 5 grams of leucine with breakfast, pre-workout and post-workout meals. If you are under 40 years of age shoot for 7.5 grams per day and over 40 shoot for 15 grams per day. 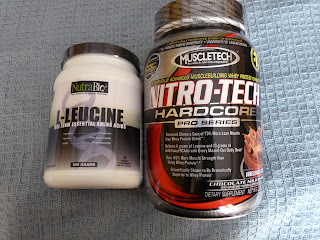 That's alot of leucine. You will get some in your normal diet but we want to be sure you the exact amount required.

If you are drinking Optimum Nutrition Gold Standard 100% Whey (like you should be) it would require some considerable money.

Another option is Optimum Nutrition Gold Standard 100% Whey and added leucine.
I like the Nutrabio Leucine currently selling for $26.88 for 166 3 gram servings. 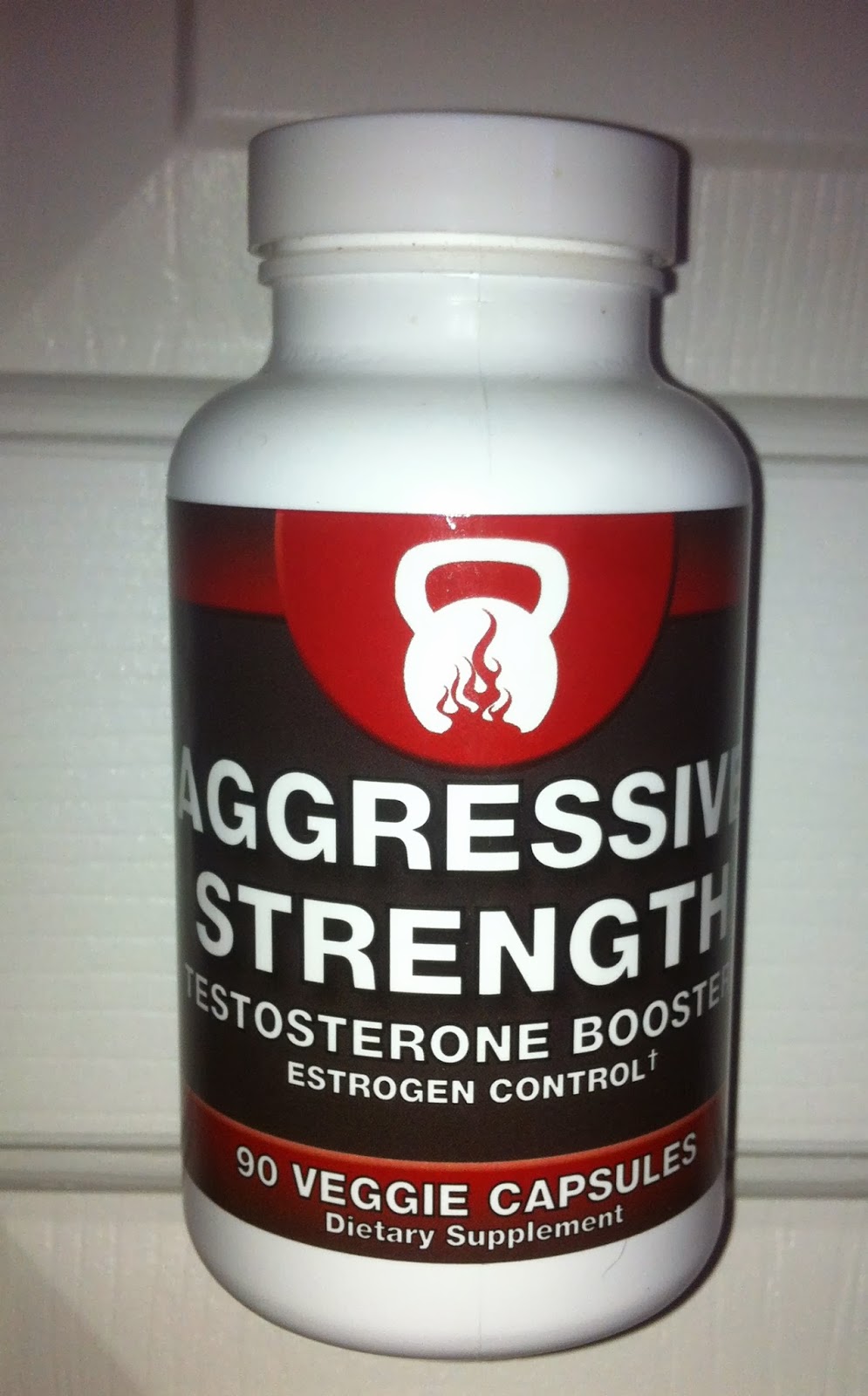 
Collision Course Kettlebell Training And Beyond 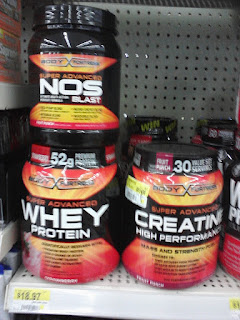 Here's a complete stack I found today at Walmart.

#ACSM15 #GSSI Better absorption with “novel” creatine supplements? HOW? Monohydrate absorption near 100%! TOO MUCH #brosci 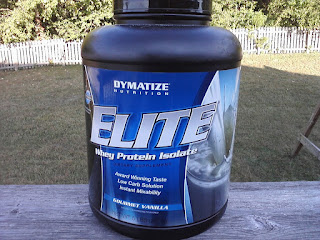 Whey protein is the champ if you want to get the highest amount of anabolic protein synthesis in a serving. Below is the leucine content of various proteins by serving. Some of the proteins listed are protein blends. All are for a 1 scoop serving size.

Focus on getting 2.5 to 5 grams of leucine with breakfast, pre-workout and post-workout meals. If you are under 40 years of age shoot for 7.5 grams per day and over 40 shoot for 15 grams per day.

Click the image to see the amount of leucine in some popular brands.
All amounts are per 1 scoop of protein.


Did you know that #whey protein is one of the greatest foods for maximizing #glutathione, a powerful antioxidant? http://t.co/fj8cQ18Zea
— Life Extension (@LifeExtension) June 23, 2014

Collision Course Kettlebell Training And Beyond 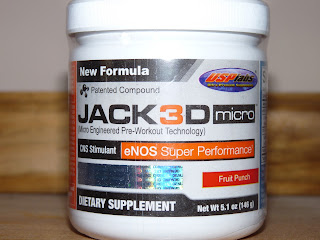 I am going to first cover my own experience with this product and will then share what I found out about the ingredients.

I took this pre-workout today. I did one scoop yesterday and while it felt good, the intesity wasn't close to the old formula. I do think I will be able to take this and sleep. I could only take the old formula for morning and afternoon workouts.

Today I did 2 scoops and not much more energy. I did get a serious pump. I'm going to finish the container and will get a follow up then.

I don't miss the beta-alanine itch. We'll see if the gains keep coming on this.

Now on to the details of the Jack3d ingredients.

USPLabs has taken a big departure from the Jack3d formula. With the imminent banning of DMAA (methylhexanamine or 1,3-dimethylamylamine or Geranamine). A new formula was needed.

The old formulation consisted of :

Only Arginine and Caffeine remain in the new formulation.  The new formula seems to be focused on nitric oxide production and energy.

Here's the breakdown of the ingredients.

L-Citrulline
Precursor to Arginine the nitric oxide amino acid. It has been suggested that citrulline does this more efficiently.

Arginine Nitrate
Sometimes called NO3. The theory is that attaching a nitrate to Arginine increases nitric oxide production.
Agmatine Sulfate
Agmatine is naturally produced in the body when arginine is processed. Bro science reports say that agmatine produces superior pumps and greater uses of nutrients taken in.  That is nutrient partitioning aka more calories are shuttled towards muscle tissue and less are stored as fat. Also increased production of luteinizing hormone (testosterone) and growth hormone.

Grape Seed (95% Proanthocyanidins) Extract
Researchers at the Temple University School of Medicine discovered that grape polyphenols enhance the production of nitric oxide. These findings were reported in the November 2000 issue of the journal "Biochemical Pharmacology."

Caffeine
According to Flex Magazine’s Encyclopedia of Supplements, Caffeine is “a stimulant and effective fat burner due to its ability to increase the release of fat from fat cells, caffeine has been shown to boost strength and power output when taken one hour before workouts.”

Norcoclaurine HCl (Norcoline™)
USPLabs always has an ingredient that is ahead of the game and this appears to be one of them. As far as I can tell by trying to decipher a study I found on the net. This substance appears to enhance the production of dopamine. Resulting in the other two lifters want to increase focus and intensity. Those being norepinephrine and epinephrine.

3,4-Dihydroxycinnamic Acid
I couldn’t find any information in this one myself but found the below on the nutraplanet.com website.

“This particular compound is an antioxidative polyphenol found in a variety of foods (coffee, citrus foods, etc) and has multiple benefits. For one, it may enhance the bioavailability of the norcoclaurine in the formula, allowing for greater efficacy. It does this by inhibiting catecholamine o-methyltransferase (COMT), the enzyme that degrades the catecholamines and other related compounds responsible for the stimulant effects seen with stimulant type compounds. This can translate not only to a greater stimulant effect, but a longer lasting effect as well...
Secondly, it has also been shown to increase eNOS activity while also enhancing the formation of NO from nitrite by acting as a reducing agent. Thus, it can increase NO formation through the two main mechanisms through which NO is formed!”
If this weren’t enough, it also has a CNS stimulant effect on its own. Yet, when combined with caffeine, it may actually increase the stimulant effects of caffeine as well!"

Vitamin C (Ascorbic Acid) 100 mg 167%
The below was taken from Flex Magazine’s Encyclopedia of Supplements issue.

“In addition to the health benefits of vitamin C, it can actually increase muscle endurance and reduce fatigue via its antioxidant properties. Vitamin C destroys free radicals created from training and other stresses, which break down NO. Having higher NO levels has been shown in numerous clinical studies to boost muscle endurance, stave off fatigue, and increase muscle strength. Research even suggests that vitamin C can also enhance fat loss.”

This product is selling for about $35 online. I would say it's definitely worth trying.