Directions As a dietary supplement, take two (2) tablets daily, preferably with a meal.

Warning NOT FOR USE BY INDIVIDUALS UNDER THE AGE OF 18 YEARS. DO NOT USE IF YOU ARE PRE NANT OR NURSING. Consult a physician or licensed qualified health care professi nal before using this product if you have, or have a family history of prostate cancer, prostate enlargement, heart disease, low "good cholesterol" (HDL), or i you are using any other dietary supplement, prescription drug, or over-the-co nter drug. Do not exceed recommended serving. Exceeding recommended serving may cause serious adverse health effects. Possible side effects include acne, hair oss, hair growth on the face (in women), aggressiveness, irritability, and incr ase levels estrogen. Discontinue use and call a physician or licensed qualified health care professional immediately if you experience rapid heartbeat, dizzin ss, blurred vision, or other similar symptoms.

P90X recovery drink is 220 calories, 10g of protein and 39g of carbohydrates. Here are some drinks to get you in the ballpark.

Fenugreek extract (trigonella foenun greacum) may not be in your current supplement toolbox, but that may change after you read this. Researchers from the Human Performance Lab at the University of Mary Hardin-Baylor (Belton, Texas) had 49 resistance-trained men supplement with 500 mg of a proprietary fenugreek extract [Torabolic] or a placebo and train with weights four days per week. After eight weeks, the subjects taking Torabolic had increased their strength by approximately 100% more than the placebo group, and had also lost approximately 2% more bodyfat. Results were obtained without any negative impact on anabolic hormones or clinical safety markers.
Practical Application: On training days, take two capsules of Torabolic 1-2 hours preworkout. On nontraining days, take two capsules in the morning with protein. Study funded by Indus Biotech.
[Journal of the International Society of Sports Nutrition 5(SUPPL1):P11, 2008

HOW MUCH 500-1,000 mg 30-60 minutes before workouts or before breakfast on rest days
In research presented at the 2008 Annual Meeting of the International Society of Sports Nutrition, trained subjects took either torabolic or a placebo while following a weight-training regimen. After eight weeks, the torabolic group had gained immense strength (they doubled their one-rep max on both the bench press and the leg press) and had lost a significant amount of bodyfat. But where's the muscle building? It's there, if you examine the science. Researchers hypothesize that torabolic works by bumping up the activity of receptors located on muscle cells that are responsible for turning on genes that boost fat burning ... and muscle growth, flex 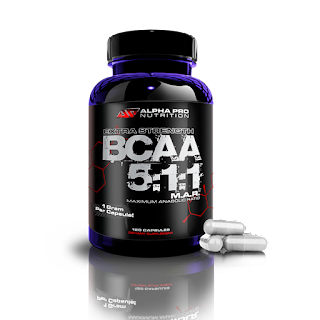 I really like the specs on their products. Has anyone tried them?

Email ThisBlogThis!Share to TwitterShare to FacebookShare to Pinterest
Labels: Supplements


Mental and emotional functioning relies on chemical messengers called neurotransmitters that promote communication between nerve cells. The key neurotransmitters include serotonin, acetylcholine, norepinephrine and dopamine. While both drugs (e.g., antidepressants) and nutrients can modulate neurotransmitter levels, boosting them naturally is preferable, since it has minimal negative side effects. Providing basic building blocks is a more practical and inclusive method for improving mood and brain health.*

Optimizing cognition and minimizing cognitive decline are best accomplished when all performance aspects are addressed. The brain is poorly capable of self-repair, so it must be protected from free radical damage. It is also energy demanding, and requires stable sources of energy. The brain's constant "switching" and "signaling" depend upon regulation of neuronal membrane excitability and osmolarity (cell pressure).*

CDP Choline is well absorbed and bioavailable when given orally. It is then reduced to its component parts (cytidine and choline), which are incorporated into membranes and microsomes in the central nervous system. Administration of CDP choline in animals supports phosphatidylcholine, noradrenaline, acetylcholine and dopamine levels. Enhanced phospholipid biosynthesis increases cerebral metabolism and neurotransmitter activity.* Neuro Optimizer® also includes preformed phosphatidylcholine to promote these effects.*


Acetyl L-carnitine, a delivery form of L-carnitine, is involved in many metabolic functions. As an antioxidant, ALC may have neuroprotective activity.* It supports energy production by transporting fatty acids in and out of mitochondria.* Acetyl L-carnitine can also act as a critical component in the biosynthesis of the neurotransmitter acetylcholine.*


Glutamine, the most abundant amino acid, is a precursor to the neurotransmitters glutamic acid and gamma amino butyric acid (GABA). It is a precursor to glycogen production for energy storage. In clinical trials, glutamine improved brain electrical patterns when compared with controls.*


Alpha Lipoic acid is a powerful antioxidant and cofactor in energy production.* It supports insulin action and is a cofactor in glycolysis, a process that converts sugar into energy.* ALA has been shown to improve brain energy metabolism.*


Taurine is a sulfur-containing amino acid derivative with diverse biological functions, including regulating cell growth, stabilizing cell membranes, modulating insulin action and improving neuro-transmission.* It also serves as an antioxidant and helps regulate the concentration of ions within cells.* Taurine has been shown to facilitate nerve blood flow, motor nerve conduction, and nerve sensory thresholds in neuropathic rats.* It has also been used as a calming agent.*

Neuro Optimizer may be the natural answer to improving brain function and preventing mental decline common in aging.* Neuro Optimizer feeds and protects the brain with its comprehensive combination of safe and effective nutrients.*


If you have a medical condition, are pregnant, lactating, or trying to conceive, are under the age of 18, or are taking medications, consult your health care practitioner before using this product.

What's in the Box 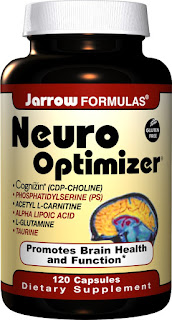 Click  here  to  visit  www.TigerFitness.com
Posted by wheyblog at 3:29 PM

Click  here  to  visit  www.TigerFitness.com
Posted by wheyblog at 8:17 AM

Serious bodybuilders and other athletes refer to Beverly International's Ultimate Muscle Protein as "UMP". What makes it so different from other protein powders?

1. "ANABOLIC LEVERAGE"
UMP contains a very high content of Milk Protein Isolate (MPI) (90% by protein weight). BI's product development scientists added MPI with the intention of helping serious resistance exercising athletes promote and sustain high "anabolic leverage".* Anabolic leverage occurs when your metabolism applies "upward" pressure on the genetic and non-genetic factors that normally act to suppress muscle protein synthesis.* Muscle protein synthesis, as you know, is required to build muscle tissue. When enough leverage is generated and sustained, these factors loosen their grip, allowing protein synthesis to take off.* In turn, this promotes larger, more rapid gains in muscle mass, strength, tone and definition.* BI is not aware of any other company that manufactures a protein powder with such a high content of MPI. MPI has been referred to as the "leverage protein" for its ability to support high anabolic leverage.*

4. "THE ANYTIME PROTEIN"
UMP's unique protein and amino acid profile is capable of supporting your nutritional needs for muscle building or shaping at any time of day or night.* Beverly International physique athletes use it 24/7, including contest day!

6. "ADDICTIVELY APPETIZING"
UMP comes in a variety of flavors carefully prepared to deliver dessert-like, "addictively-appetizing" taste. UMP can certainly cushion the disappointment experienced with every other protein powder you've tried before. Each of its flavors is prepared by a flavor chemist who painstakingly combines aromas, essential oils and essences using a process that is as much art as it is science. BI's flavor chemists just improved UMP chocolate and cookies & crème flavors. Now they taste even more decadent than ever.

7. "PERFECT CONSISTENCY"
BI's product development scientists added top quality whey protein isolate to UMP (5% by weight, depending on the flavor) in order to give customers the most desirable consistency possible during preparation.

1. When can I expect to see results while using UMP?
a. Weight loss, fat loss: The most important determinant of body weight and body fat mass (the total amount of fat on your body) is energy intake. Energy is generally measured in units known as calories. By enjoying a protein shake made with UMP in place of a higher calorie meal one or two times each day, it is possible to experience a reduction in body weight and/or body fat in as little as one to three days when in a caloric defecit.* b. Muscle mass, tone and strength gains: A recent scientific study by Willoughby et al. (2008) suggested that subjects consuming 20 g of protein one hour before and again one hour after resistance exercise (i.e. 40 g of protein total) experienced greater increases in fat-free (includes muscle) mass, strength and myofibrillar protein over a period of 10 weeks than did subjects consuming a carbohydrate-based placebo.* The protein powder used in this study contained only 10% MPI per unit weight of protein (i.e. 1 g MPI per 10 g protein). In contrast, each serving of UMP provides 20 grams of protein, 90% of which is MPI. Thus, it is possible to experience results that meet or exceed those reported in the Willoughby study over the same period of time when used in conjunction with a similar training program.* Note that on rest (non-exercise) days the subjects in this study consumed 40 g of protein in the morning upon awakening.

As indicated above, UMP contains 80% slow-release micellar casein and 20% fast-release whey. Research by Biolo et al. (2008) suggests that whey protein may be particularly useful for preserving muscle mass during periods of rest, such as a layoff from training or prolonged bed rest.

3. What are the benefits of using UMP over the long-term?
UMP contains ingredients that scientific studies suggest will support and enhance*:

†To build muscle tissue your body must increase the quantity of myofibrillar protein inside your muscle cells, or fibers. This causes your muscles to increase in size and strength. Myofibrillar proteins are responsible for producing force during the process of muscle contraction. They also contribute to the size, tone, shape and definition of your muscles.

4. Is UMP safe for people with medical conditions?
UMP was tested only on healthy exercising individuals during its testing and formulation stages. Discuss UMP with your medical doctor before using if you have a medical condition or if you are currently unaware of your health status.

6. Can UMP be used during preparation for a bodybuilding competition?
Yes. A high-protein diet may help reduce water retention.* In addition, UMP contains arginine, dietary supplementation with which has been suggested to increase nitrogen retention and reduce water retention, possibly via mechanisms involving NO and sodium balance (Beaumier et al., 1995).*

8. I need to lose body fat. Should I avoid using UMP?
Quite the contrary, if you need to lose body fat, Beverly suggests that you consider adding UMP to your daily diet. As noted, UMP contains ingredients that encourage your body to retain less sodium, water and fat.* (Note that retention of sodium and water can make you appear fatter than you are, despite no change in body fat mass.) Also, recent studies such as those cited above suggest that the ingredients in UMP can promote increases in muscle mass and strength.* If your strength increases, you can burn more calories per unit of time spent at the gym.* And if your muscle mass increases, you will appear leaner, even if your body fat mass remains constant.*

9. Can I prepare UMP and store it in the fridge for later?
Yes. It has been estimated that UMP will retain its full potency for up to 6 hours when mixed with cold water or milk and refrigerated immediately.

Don't hesitate to put a protein shake made with UMP in the freezer overnight. The next day you can take it with you to the office, school, or wherever you like. Your shake will remain nice and cold for 3-4 hours as it unthaws.


Warnings: Do not use for weight reduction.

Directions For Beverly Int. Ultimate Muscle Protein: Add one scoop of Ultimate Muscle Protein Drink Mix powder into 1 cup of water. Shake or blend until smooth.
Warnings: Do not use for weight reduction.
* These statements have not been evaluated by the Food and Drug Administration. This product is not intended to diagnose, treat, cure, or prevent any disease.
Posted by wheyblog at 7:19 PM