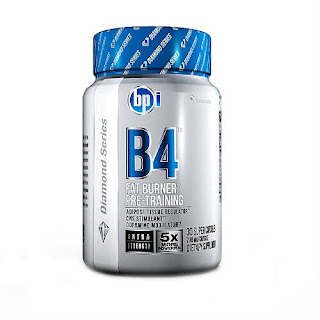 Based on the legendary "Stay Up All Night Pill" that appeared over a decade ago across college campus as miracle for late night study sessions, BPI brings your their newest fat burner, B4.
What started off as a tool to stay up late and study has morphed into a mainstream life altering experience. It’s mind mesmerizing focus, lockdown intensity, euphoria, and now with the modern advancement seen only in B4™ – a FAT BURNING furnace that attacks FAT at the core. B4™ is a performance driven single serving capsule that can be taken PRE-TRAINING or throughout the day as the single most dominant CNS Stimulant/Fat Burning Agent available anywhere.

B4™ is a prototype of the new science in fat burning and weight management. It attacks the problem like no product ever before – mechanism by mechanism, via the following pathways: potent CNS stimulant properties, dopamine modulation, and adipose tissue regulation.
With B4™, the expectation of real results can be a reality, along with reported additional benefits that may include: enhanced mood and increased focus, elevated energy, increased metabolism, and enhanced stamina and endurance.
B4™ – THE ultimate extra strength, super powerful fat burner that’s unlike anything before!*† 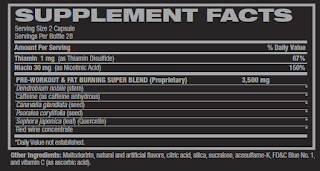